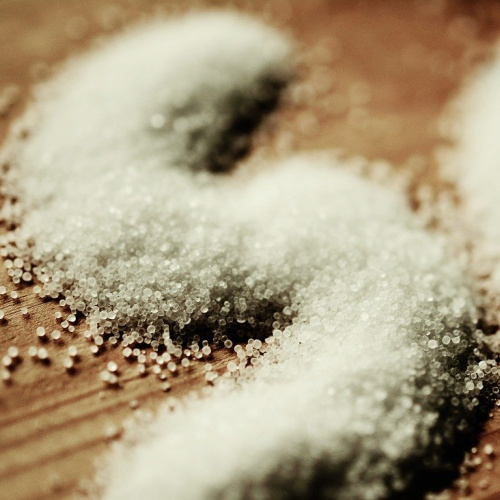 What is Nicotine Salt Liquid?

Nicotine salt liquids have been an integral part of the liquid ranges in vape shops for several years. When they were launched, wild speculation ran rampant: does the nicotine bound in NicSalts flood the body more quickly or not, making them more effective than conventional liquids, for whom are they suitable? Chemically, unlike traditional e-liquid, nicotine salt e-liquids are not alkaline and cause a less severe throat hit. Here you can find out exactly what nicotine salt liquid is, how it works and what the differences to classic liquids are. We also introduce some important manufacturers of nicotine salts!

What are nicotine salt liquids?

In short, one speaks of nicotine salt liquid, nicotine salts or nicsalts in liquids for e-cigarettes with a lower pH value than found in other liquids. Since NicSalts only came onto the market a few years ago, the conventional liquids with the higher pH value are regarded as classic liquids, from which the newer nicotine salts are distinguished. The throat hit, a certain scratchy feeling that occurs in the throat when vaping, is less pronounced with nicotine salt liquid. When liquids with nicotine salt appeared on the market in Ireland - the UK company Vampire Vape played an important role. - was rumored at times that Nicsalts would "flood in" the body faster, so they would have a stronger effect. Current surveys tend to show the opposite: nicotine, which is bound in nicotine salt liquids, is less well absorbed by the body, and the effect is also somewhat delayed. However, there is evidence that the effects of NicSalts last a little longer. Otherwise, e-liquids with nicotine salts are available in different flavors and with different nicotine strengths, just like traditional e-liquids. If you want to mix nicotine-containing liquids for e-cigarettes yourself, you can also get the necessary nicotine shots in the traditional form or as a NicSalt shot. The nicotine content of NicSalts, regardless of whether it is a ready-to-use liquid or a shot, naturally does not exceed the maximum 20 mg/ml permitted under the Tobacco Product Directive 2 (TPD2) in the European Union.

How do nicotine salt liquids differ from classic liquids?

Liquids with nicotine salt differ from classic liquids in terms of their chemical composition, their effect on the body and the sensation they create when vaping. These three aspects should therefore be considered in more detail below!

As mentioned above, nicotine salt e-liquids have a lower pH than traditional e-cigarette liquids. In chemistry, the pH value, Latin “potentia hydrogenii”, roughly “potential of hydrogen”, is a measure of the acidic or basic character of an aqueous solution. If the pH value is 7, the solution is called pH-neutral. A lower pH value is called an acidic solution; if it is higher than 7, the solution is basic or alkaline. Conventional liquid is basic or alkaline.

In order to obtain nicotine for liquids, it is extracted from the leaves of the tobacco plant with the help of ammonia. This free nicotine quickly becomes gaseous, it is well absorbed by the body, is characterized by an effective effect - and a comparatively high pH value. Conventional e-liquid is basic or alkaline and has a pH value of more than 7. Benzoic acid is added to the production of e-liquids with nicotine salt, which lowers the ph value. NicSalts are more like nicotine in its natural form, and they vaporize at lower temperatures. Against this background, nicotine salt liquid is more suitable for vaping from the mouth to the lungs, possibly also for restrictive vaping with direct lung puffs, than for classic sub-ohm vaping, where the coil is fired with comparatively high power.

Liquids with nicotine salt and a slap in the throat

Traditional e-liquids cause some scratchy throat which vapers call throat slaps. Especially in the early days of e-cigarettes on vape forums, there was a lot of discussion about the throat hit. Whether a noticeable throat hit is perceived as pleasant or not is ultimately a matter of taste. On the one hand, there is a perception that a throat hit is important, especially for smokers who are switching from tobacco cigarettes to e-cigarettes as a proven alternative that is up to 95% less harmful because they know the scratchy throat from tobacco cigarettes so don't feel like you are losing nothing. A compelling argument. On the other hand, tobacco cigarettes are blended with additives that suppress the smoker's cough. This is not the case with e-cigarette liquids, so even experienced smokers may have to cough when vaping an e-cigarette. Here, NicSalts with their tendency to hit the throat low would be an interesting alternative! Therefore, it is advisable for both novice and experienced vapers to test both variants - nicotine salt liquid and classic liquid - in order to find out about their personal preferences, also with regard to throat hit. In the case of liquids based on salt, nicotine is definitely lower.

Another widely discussed criterion in relation to the e-cigarette vaping effect is the so-called flash, i.e. the effect of nicotine on the body. As nicotine salt fluids became popular in Ireland, some manufacturers suggested in their marketing efforts that the nicotine associated with NicSalts had a greater effect on the body than the nicotine fluids used so far. A study by the Austrian pharmacologist Bernd Mayer, professor at the University of Graz, shows the opposite. It describes nicotine absorption as being pH dependent. In an acidic environment such as liquid nicotine salt, nicotine would be ionized and therefore poorly absorbed by the body. Two reasons made Juul's pre-filled capsules still perceived by users as more effective: first, the nicotine content in the United States, where most of the social media feedback comes from, was up to 60mg / ml well above what is even acceptable on Europe in accordance with TPD2 guidelines. On the other hand, a less pronounced throat hit described above can lead to more vaping, i.e., ingestion of more fluid and thus nicotine as well. It is now widely accepted that nicotine is absorbed more slowly and worse by Nicsalts. However, there are indications that the effects of nicotine last a little longer when you vaporize the liquid with the nicotine salt.

A liquid producer who has explicitly specialized in the production of nicotine salt liquid is the British company Pod Salt from Preston in North West England. In 2021, the company was able to win the Vaporound Award presented by the English trade journal "Vaporound Magazine" in the category "Best Salt Nicotine" for the Taste Pod Salt Banana Ice. Pod Salt has set itself the task of paving the way for as many smokers as possible to e-cigarettes by providing high-quality liquids with a fresh taste, which the manufacturer himself describes as "smooth", and for vapers the best possible experience when vaping To offer nicotine salt liquids. The liquids, which are produced in the United Kingdom, appear in addition to the classic Core series as Tasty Tastes in the Pod Salt Fusions series.

Vampire Vape, the brand with the iconic vampire in its logo, is probably one of the most important liquid manufacturers. Founded in the United Kingdom in 2012, the producer, who once started with a small selection of liquids, now offers the complete product range in the liquid segment with short fills, long fills, ready-to-use liquids, flavors and even their own bases and nicotine shots. To this day, all Vampire Vape products are manufactured in England according to multiple ISO-certified standards. Even though Vampire Vape has had great success with many products, the brand's best-known and most successful tastes are without a doubt the flavors from Pinkman and Heisenberg. Both were created for UK VapeFest in 2014, just two years after the brand was founded. And exactly these two - who should be surprised - were of course also successfully launched in a NicSalt version a few years ago!