Nicotine strength in the liquid - which one is right for me? 0
Added: 15-12-2021 in category: Electronic Cigarette Blog author: Vape Man 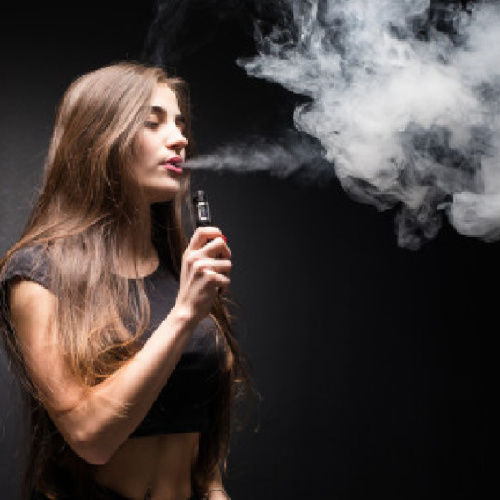 Nicotine strength in the liquid - which one is right for me?

What nicotine strengths are there in e-cigarette liquids?

E-cigarette e-liquids containing nicotine are usually sold in strengths of 3, 6, 9, 12 or 18 mg/ml. The indication mg/ml states how many milligrams of nicotine are contained in one milliliter of liquid - regardless of the bottle size. Nicotine-free liquids (nicotine content: 0 mg/ml) are also available. If you feel like it and want to delve a little deeper into the matter, you can also mix your own liquids with the help of bases, flavors and nicotine shots, and thus get liquids with a different nicotine strength. European legislation as part of the TPD2 regulates that no liquids with a nicotine content > 20 mg/ml may be dispensed within the EU. Nicotine shots therefore usually have a nicotine content of 18 or 20 mg/ml. Consequently, a higher nicotine strength cannot be achieved by individual mixing and is also not recommended.
How much nicotine in the liquid is right for me?

As with questions about the right e-cigarette, the best liquid or the frequency of vaping: of course, only everyone can find out for themselves. However, it is worth taking a few tips to heart: Especially people who are switching from classic tobacco cigarettes occasionally tend to start with a low nicotine strength. True to the motto: “If you do, then do it!”. This doesn't have to be the right way! The body may initially have an even stronger craving for nicotine and the wrong conclusion is drawn: "vaping is not for me". It is even recommended to start with a slightly higher nicotine strength and then slowly reduce the nicotine content - until you have reached the nicotine strength that you feel is suitable for you.

Does the vaping technique play a role in the nicotine strength?

A very important one! When vaping from the mouth to the lungs (Mouth To Lung | MTL), liquid is vaporized with a comparatively low power (usually under 20 watts) on a heating material with a relatively high resistance (well over one ohm). Liquids with 12 or 18 mg/ml are intended for this drawing technique. In sub-ohm vaping with direct lung inhalation (Direct Lung | DL), significantly higher power (can be in the triple digits) meets much lower resistance (often below 0.2 ohms). The result: A significantly higher amount of liquid evaporates and accordingly more nicotine is absorbed by the body. Switchers are recommended to start vaping in the MTL range, as the puffing behavior is similar to that of conventional tobacco cigarettes. If you want to try sub-ohm vaping, you should do exactly the opposite, for example above: start with a low nicotine strength (no more than 0.3 mg/ml) and only carefully increase it if you are at risk of resorting to tobacco cigarettes!

Why does it make sense to reduce the nicotine strength with the e-cigarette?

First the good news: According to a study by the British health authority Public Health England, vaping e-cigarettes is at least 95% less harmful than smoking conventional tobacco cigarettes. The greatest risk with classic smoking is the tar produced by combustion processes, as the British-South African scientist Prof. Michael Russell recognized: "People smoke for nicotine, but they die from the tar." (People smoke for the nicotine, but they die for the tar.). Nevertheless, nicotine is a neurotoxin with a high potential for addiction and can have a damaging effect in higher doses. The desire to reduce your own nicotine intake is therefore understandable. Since the nicotine strength of e-cigarettes can largely be determined independently and - in contrast to classic tobacco cigarettes - can also be set to zero, it can be regarded as a suitable means of gradually reducing nicotine.

How do I determine the nicotine strength in the liquid?

The nicotine content in mg/ml must be indicated on the label of ready-to-use liquids for e-cigarettes. If you want to mix liquids yourself using bases, flavors and nicotine shots to achieve nicotine strengths other than those commercially available, you can use a simple ratio equation.

In the next example we mix - to get 100 ml liquid - two nicotine shots with 18 mg/ml with 20 ml aroma and 60 ml nicotine-free base. The 18 mg/ml must not be added to the shots, since they refer to one milliliter, while the reference quantity of 10 ml is added to 20 ml for two 10 ml shots:

We receive 100 ml of liquid with a nicotine strength of 3.6 mg/ml! For the sake of completeness, it should be mentioned that some manufacturers recommend letting these liquids "mature" for a while before use. Information on this can then be found on the label or in the package insert of the aroma. There is certainly a lot more to say about mixing liquids. This is primarily about nicotine strengths. We recommend this post to anyone who wants to learn more!

In comparison: what is the nicotine strength of conventional tobacco cigarettes?

When the first nicotine salt liquids (Nicsalts) were available on the European markets and in Ireland at the beginning of 2019, many adventurous, sometimes contradictory rumors circulated in the media in relation to these liquids, which are essentially characterized by a lower pH distinguish value. Many vapers find NicSalts less rough and scratchy on the throat. The "throat hit", the slightly scratchy feeling in the throat, is less pronounced with liquids based on nicotine salts. Some vapers may find this convenient, but other users may just feel like there is something missing when it comes to vaping. In the end it's a matter of taste. The fact is that on the labels of NicSalt liquids and shots, as with all other liquids, the nicotine content is given in mg/ml and this must not exceed the legal limit of 20 mg/ml. There are currently various statements from the scientific side about the extent to which a faster inundation can be assumed for Nicsalts. Whether nicotine salts or "conventional" liquids are used ultimately plays no role when considering the nicotine strength. If you want to read more about the different liquids, see the article “Which e-cigarette liquids are there?” recommended on this blog!