Pod system: what is it and how does vaping work? 0
Added: 01-03-2022 in category: Electronic Cigarette Blog author: Vape Man 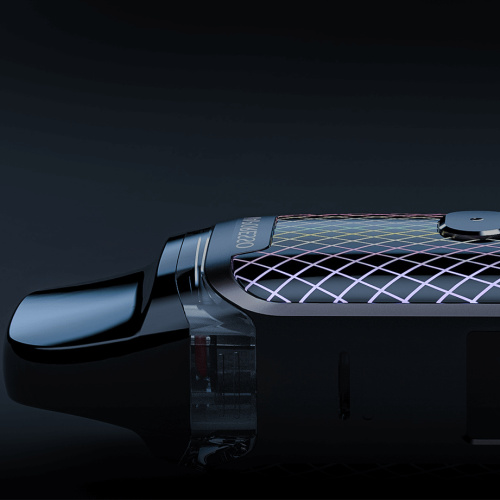 Pod system: what is it and how does vaping work?

Pod systems have been a big topic in the vaping world since 2018. With their help, many smokers have managed to switch to e-cigarettes, which have been proven to be 95% less harmful than the classic tobacco cigarette. A number of vapers swear by them, some veteran vapers are also skeptical about them, some use them, e.g. on the go, as a second device. With the so-called pod mods, pod systems have now reached the next level of development. Hardly a vape shop - online or offline - that doesn't advertise them prominently, not a vape forum where they haven't been discussed! What are pod systems, how do they differ from classic e-cigarettes and what advantages do they offer? You can find the most important information on the subject in this article

The triumph of the pod systems

Classic pod systems are slim, very portable devices that are deliberately designed to be easy to use. Pod systems are often activated via negative pressure by pulling on the mouthpiece, so that some of the devices do not require buttons or other controls. The biggest difference to the traditional e-cigarette set is that the tank is housed in a pod or cartridge. Pods are placed on the battery of the e-cigarette, sometimes they are magnetically fixed there. Unlike classic kits, the pods can usually only be combined with the associated battery or battery carrier. Both components are explicitly designed to be used together, technically and optically they form a unit. Some of the drip tips cannot be removed, and the tank and mouthpiece often flow into one another. In most cases, the cartridges are made of plastics such as polycarbonate. The systems are available with pre-filled, non-reusable pods, but refillable versions are also available. In the simplest case, the coil is an initial part of the pod and cannot be changed, but systems for exchangeable atomizer heads are also common. The big advantage of the pod systems is clearly their portability and ease of use. Of course, the devices are monitored by chipsets and thus have protective functions such as train time limitation or protection against short circuits.

From the classic e-cigarette to the pod system

The range of products in the field of e-cigarettes is very large today. A wide variety of models are also available, so that users with different requirements can find the device that is best for them. Pod systems fall into a category that caters to specific user groups. However, in order to clarify how pod systems came about, it is worth taking a short detour into the history of the e-cigarette!

1st GenerationCigalike, one of the first e-cigarettes

Interestingly, the very first e-cigarettes on the market were not all that dissimilar to today's pod systems! First-generation e-cigarettes often imitated the look of a classic tobacco cigarette (so-called cigalikes). The vaporizer and power source were firmly connected, soaked cotton wool was used as the carrier material for the liquid - they were called cartomizers, they were not the tanks that are usual today - and the devices were generally not refillable, so they had to be refilled as soon as the liquid was used up was to be completely replaced.

E-cigarette with exchangeable evaporator headThe devices of the second generation saw some quantum leaps. With the new devices, the evaporator and battery could be separated. Both components were connected via a screw thread. Initially, the eGo connection (evaporator with internal thread, battery with external thread) and the 510 connection (the atomizer has a pin with an external thread, the mod is equipped with a corresponding receptacle) competed with each other, but the 510 connection quickly became the de facto standard and can now be found in the vast majority of devices. Also new were replaceable evaporator heads and refillable tanks.

One of the innovations in the devices, which are now referred to as the third generation of e-cigarettes, is that some of them can be operated with replaceable battery cells. With e-cigarettes of this generation, the output voltage and thus the output power resulting from voltage and resistance can also be partially regulated. However, the voltage here is often not regulated via a chip, but quasi semi-mechanically, for example via a three-phase potentiometer. Around this time, the first vaporizers that are intended to be wound by the user themselves come onto the market.

Devices of the fourth generation, like most of the e-cigarettes available on the market today, are controlled by a microchip. This results in considerable advantages: Users can choose from different output modes and, for example, vape with power or temperature control. The mods can deliver significantly higher power, so that sub-ohm vaping is possible when using low-impedance windings. In addition, the devices have many safety-related protective functions such as protection against short circuits or deep discharge protection. Not all of the features mentioned, such as changeable output modes, are necessarily to be found in every modern, chip-controlled e-cigarette, others, such as the safety functions, are to be found in principle and in some cases are also required by law.

As with any system, the classification is not absolute, there are overlaps and intermediate levels, different criteria for differentiation could be found. The overview is intended to give a brief insight into the technical development of the e-cigarette. As technical development progressed, the devices not only became more modern and better, they were also more specifically tailored to individual user groups. Pod systems use the latest technology where it's useful, but ignore it when it gets in the way of what it's supposed to be used for!

Pod Mods: The pod systems with the plus!

The next stage in the evolution of the e-cigarette was reached around 2019 with the so-called pod mods. Devices in this class are, just like classic pod systems, equipped with a plastic cartridge, which is connected to the battery or battery carrier by plugging it together. Otherwise, the devices are technically exactly the same as classic e-cigarette sets: the user often has several dispensing modes available and operational parameters can be read on a display. While the first pods – due to their size alone – worked exclusively with internal batteries, pod mods are also available for operation with replaceable 18650, 20700 or even 21700 battery cells.

Most pod mods can be activated in the classic way using the fire button, but optionally also by pulling on the mouthpiece. The pods themselves often have an integrated airflow control, which is not always available in the simpler pod systems. The tanks often have larger filling volumes and work almost exclusively with exchangeable atomizer heads. In most cases, plug and pull heads are used here, which, in contrast to conventional evaporator heads, are no longer screwed but plugged in. The pod mods are also usually much more compact than kits with comparable technical features. The user is offered all the technical possibilities of a modern e-cigarette, but he gets a much smaller and more portable device!

Some manufacturers such as GeekVape, Aspire or Oxva have now started offering 510 adapters for some of their pod mods. These adapters have a classic 510 socket and can be connected to the mod's housing instead of the pod. Adequate, for example, there are adapters from Voopoo which are plugged into the pod itself, so that it now has a 510 pin and can be operated on almost all commercially available mods. This means that the individual components, battery or battery carrier and evaporator unit, can be used again freely with other devices, also from alternative manufacturers. At this point at the latest, the boundaries between pod systems and classic, open sets become blurred. For example, Voopoo markets the TPP Pod 2 for the Drag series both without an adapter as a classic pod and with an adapter as a normal clearomizer.

Advantages of the pod systems

Finally, let's take a look at the different features of the pod systems and examine the advantages of each variant:

Do you already have experience with pod systems? Which device do you use regularly and why did you choose it? Let us know in the comments!